Architects EAT is run by a talented team of passionate, considerate and detail oriented architects and interior designers.

Established in the year 2000 by directors, Eid Goh and Albert Mo, Architects EAT has gone from strength to strength designing everything from small home renovations to high-end new houses, food courts, restaurants, apartment buildings, offices and everything in-between. While no two designs are the same, all EAT designs stem from an ethos grounded in phenomenological design principles and core personal values; integrity, passion, fun, honesty and innovation.

We create malleable spaces that foster relationships and subtly guide inhabitants through life.

We believe that great design is for the long haul, not just a fad.

We aim to tirelessly finding new and creative ways to push design boundaries.


The places we design play host to the scope of human existence in all of its beautiful, messy and extraordinary glory.

With a wall full of prize certificates and a formidable raft of acclaimed projects under its belt, Architects EAT is one of Australia’s most beloved and successful small practices. Established in 2000 by three young architects, it has been run for the last decade or so by two of those founders – the E and A of the practice name, Albert Mo and Eid Goh.

Albert and Eid met at Melbourne University but didn’t really click until a process of attrition made their association inevitable. “There were 150 in the first year,” recalls Eid. “It shrank and shrank until we had to look at each other, because the final year became a bit more intimate. It ended up being quite a close-knit community and that’s when we started exploring the idea of opening a practice.”

What they had in common right from the get-go, however, was a shared tendency to work quickly. “Even back at university we’d be the students that would finish our work and be helping other people,” says Albert. For him, the fact that he was studying architecture at all was something of an accident. Born in Hong Kong and growing up in various places, including Singapore, as an international student in Melbourne, his intention was to study photography at RMIT. His father put the kibosh on that by proclaiming, “If you’re going to do that, you’re going to pay for your own school fees,” Albert recalls.

Eid, on the other hand, grew up in Geelong, in regional Victoria and had a passion for design from the start. He aspired to be a graphic designer but enrolled in architecture when he couldn’t get into the RMIT course he wanted.

The idea of running their own practice came quite early – prompted by a telephone call from their erstwhile associate. Albert was writing his CV at the time, preparing to look for work in Sydney, so turned to his father for his input. “He actually gave me really good advice. He said, ‘Look, you’re still really young. Even if you go out and try for two years and fail, you are still a young man. So why don’t you give it a go?’ And that’s how we started.”

Borrowing money from their families for the initial infrastructure, their enterprise was helped along by an early commission to design a golf driving range in the south-eastern suburbs of Melbourne. They did make some early decisions that served them well, however, underlining their commitment to the company. “We really decisively said that we were going to rent an office and not work from home… someone’s garage or study room or whatever,” says Albert. For the best part of the next decade the three founders – E, A and T – ran the practice before parting ways. Albert and Eid are keen to stress their former colleague’s contribution. “Without all three of us there wouldn’t be a practice, so… obviously he contributed to a large extent to our earlier foundation,” says Eid. “Big time!” adds Albert.

The early days were tough. Like many small practices starting out, much of their work came from family, friends and colleagues. “Starting from scratch with no contacts at all is quite difficult in Melbourne. You kind of have to rely on your peers and mentors to give you a kick start,” says Eid.

Over time, their reputation grew and their work began to attract industry and media exposure, The first big break came for EAT through the publication of Eid’s work on a hospitality fit-out in the Collins Place food court. Inspired by Scandinavian design, his work on Toasted Café was done in collaboration with renowned graphic designer Fabio Ongarato Design. A large graphic mural provided the centrepiece and cast a surreal backdrop for patrons sitting on the undulating hooped pine joinery while they waited for their baguettes to toast. The design featured as the front cover of Artichoke magazine and heralded their arrival on the design scene. “We were all jumping up and down celebrating when it came out. We still retain that project on the website as it was such a keystone in our whole history,” says Albert.

They’ve continued to attract the interest of architecture and design publications, but Eid emphasises that media exposure is never the first intention. “When we do a job, not that we don’t aspire or expect to be in magazines, the key thing is that the client really embraces the product. Whether it’s a hospital, a house or a retail space, it has to work for the user.”

(Extract from The University of Melbourne alumni profiles)

It was the design of Albert’s own residence, Kelso House, which put the firm on the map in the residential design field. The 170m2 single family house in the densely urbanised suburb of Richmond was completed with a small budget and limited resources. Three long-strip skylights and an unmistakable black and white colour scheme provide the main focal points. The project also allowed Albert an opportunity to explore his interest in the philosophy of phenomenology, an approach that had interested him since his time at University, “It’s about the feeling of space and how lights and shared effects influence architecture. Being my own house, I was able to explore that,” he says.

The EAT approach to residential design embraces Gaston Bachelard’s concept of the house as a uniquely personal space. In his 1958 book, Poetics of Space, Bachelard suggested “the house furnishes us with dispersed images and a body of images at the same time… For our house is our corner of the world. As has often been said, it’s our first universe, a real cosmos in every sense of the word.” Their work on the design of Elm and Willow House is an example of a highly successful collaboration in this vein. The project entailed a residential extension on a 280m2 single family house in Canterbury, Melbourne. Completed in 2009, it utilised concrete, steel and glass as the primary building envelope.

Upon completion, it attracted a great deal of attention, was profiled by international press, has featured in over one hundred blogs and websites and won the acclaimed ‘AIA Victorian Chapter Residential Award’.

The EAT team maintain that the design process for both their residential and commercial projects is driven by a consistent philosophical approach rather than a predetermined style. “All our projects are unique, clients come to us because we have the solutions to their problems and that leads us to doing different things every time. Even when we revisit a previous design, it is often reimagined in a different way,” says Eid.

Creating uniquely detailed projects and avoiding replicating previous designs is a source of pride. The EAT team believe in the importance of context, both in the physical and human sense. “Certain details can be transferred, however the overall aesthetic cannot,” says Albert.

We don’t do signature style, we design from first principles; consideration of site, context, history and environment and the integration of passive environmentally sustainable design principles at the inception of a project ensure our buildings are enjoyed long into the future.

We take delight in the experience of inhabitation and our sensitive approach, attention to detail, and exploration of sensory elements imbue our designs with a tactile and alluring quality.

While Architects EAT are most well known for residential work, their portfolio is much more detailed and broad. Architects EAT have been responsible for place-making in shopping centres, retail outlets, restaurants, bars, play centres and office spaces. The extensive client list includes; Vicinity Centres, The University of Melbourne, The Alfred Hospital, Airservices Australia, SM Capital, AMP Capital, 8Bit, Schnitz – to name a few, together with many more loyal return organisations and private clients.

Anywhere you are, we are too.

Architects EAT are driven by design challenge and innovation. All projects, no matter the size, are a reflection of EAT passion and instinct.

How things are panning out on Melbourne’s burgeoning skyline is questionable. But in the shadow of those weird towers, firms like Architects EAT are doing work that is subtle, refined, location-appropriate, and very beautiful. 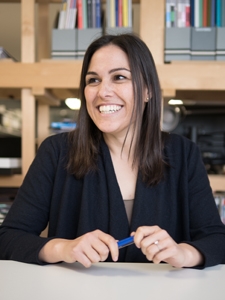 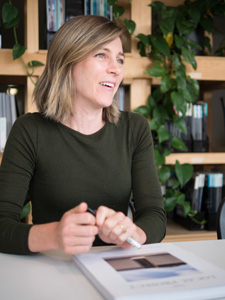 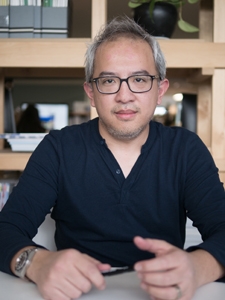 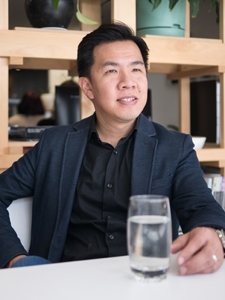 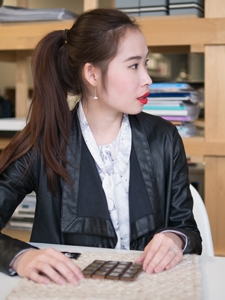 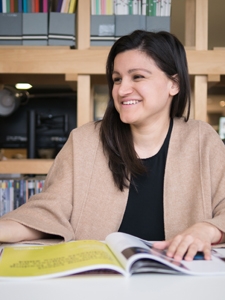 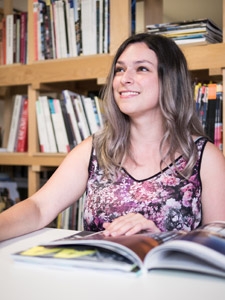 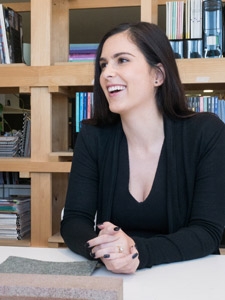 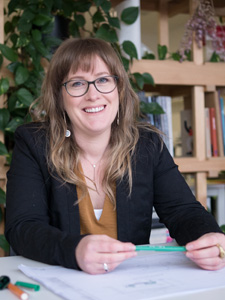 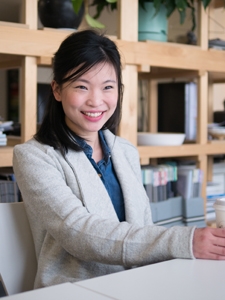 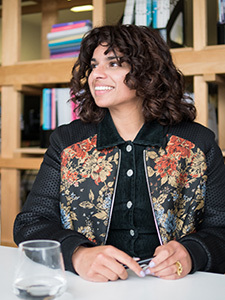 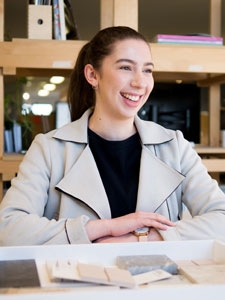 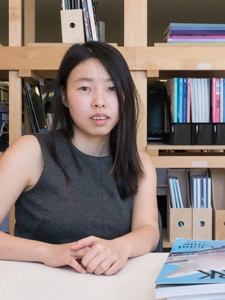 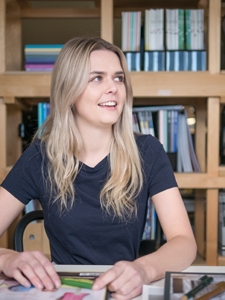 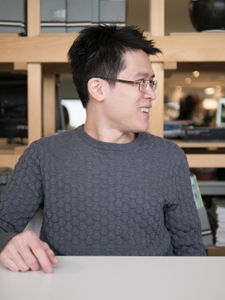 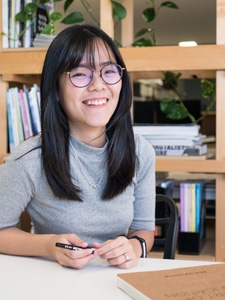 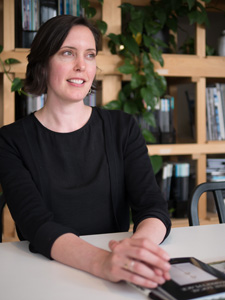 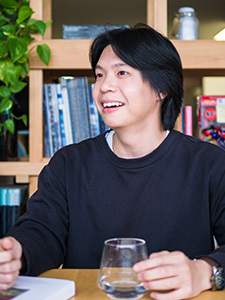